How to Tell If a Cell Phone Screen Is Repairable

Paying for a cell phone is an investment, and screen repairs are often the cheapest way to avoid paying more for a new phone. You might wonder whether repair work is an option for your phone, though. People considering cell phone screen repairs can usually check these five things to confirm whether their units are repairable.

Does the Phone Power On?

Even if you see nothing on the screen, check to see if the power light is on. You want to try to rule out the possibility of something crippling to the phone, such as the processor dying. If the phone powers up, even without sending a signal to the screen, the odds of screen repairs accomplishing anything will go up.

Are There Visible Signs of Damage?

It might seem counterintuitive, but a lack of visible damage may reduce the odds of a technician pulling off cell phone screen repairs. If you're seeing glitchy images on the screen without any evidence of damage to the screen, the problem could be elsewhere. For example, the circuit board might be cracked or the processor could be overheating.

Notably, the lack of visible damage doesn't preclude an issue with the screen. A connecting cable between the board and the screen could be loose, for example.

Does the Display Try to Work, Even if It's Ugly?

At the opposite end of the range of possibilities, a phone's screen might be very visibly damaged. This doesn't mean repair is impossible, though. If the screen makes an effort to display something, that's probably a sign that cell phone screen repairs are possible. A signal is getting through, but the screen is too damaged to translate into a good image. Oftentimes, a technician can remove the damaged components, clean up the inside of the phone, and attach a new screen that will work well.

How Old Is the Phone?

As models age into obsolescence, the odds of repairing them drop significantly. Third parties and manufacturers stop producing replacements, and that makes finding parts much harder. Eventually, even used parts dry up as people toss old phones away. If your phone came out in the last couple of years, the odds you can get away with just repairing it are likely to be high.

How Popular of a Brand and Model Is the Phone?

The net effect of a phone model's popularity is similar to the age issue. If you're dealing with a widely used model from a popular brand like Samsung or Apple, the odds are much higher a technician can find aftermarket or even OEM parts to fix it. 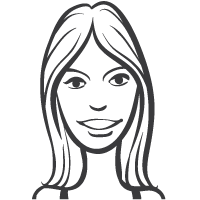 I have always been one of those naturally curious people, so when I started focusing more heavily on technology, things got really interesting. It was really fascinating to see how much technology had evolved over the years, and before I knew it, things had really progressed for me. I started carrying a cell phone and even upgraded my computer, and it really made a huge difference. This blog is all about keeping up with new technologies and being able to enjoy new things. Check out this blog for more information that could help you each and every day. You won't regret it!